Lofoten is the archipelago situated west in northern Norway, north of the well known arctic circle. Lofoten consists of 7 islands, where Vestvågøya is the one in the center of the archipelago. This is also where Hagstua is located.

The Lofoten climate is warm, despite its north of the arctic circle. This is because of the Gulf Stream. Strong winds, rain and snow are not uncommon in the autumn and winter.

In the summer between May.25 and July.17 the sun never sets in Lofoten.
In the winter between Desember.4 and January.7 the sun is gone.

The islands of Lofoten has been inhabited for more than 6000 years, with fishing and hunting as the pillar in the society.

The Vikings built the largest ever found longhouse, 8,5 meter (28ft) wide and over 83 meters (272ft) long. The building has been reconstructed and is today known as the Lofotr Viking Museum.

The ocean has always been the main transport rute to get to and from Lofoten,
and Hurtigruten (Coastal Steamer) has transported goods and people to and from
Lofoten since 1893.

The ports Stamsund and Svolvær will place you midst in the heart of Lofoten.
You can take Hurtigruten from several ports in Norway, but Bodø and Bergen are
the most common ones.

Ferries and express-boats goes daily from Bodø to Svolvær and Moskenes, it all depends on where you want to start you Lofoten experience.

By plane is the quickest way to get to Lofoten, and Widerøe has several daily departures to both Leknes and Svolvær, if you are lucky you get an amazing birds-eye view over Lofoten.

The community offers tourist information in Leknes all year around. Look for this symbol: 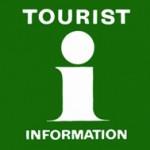